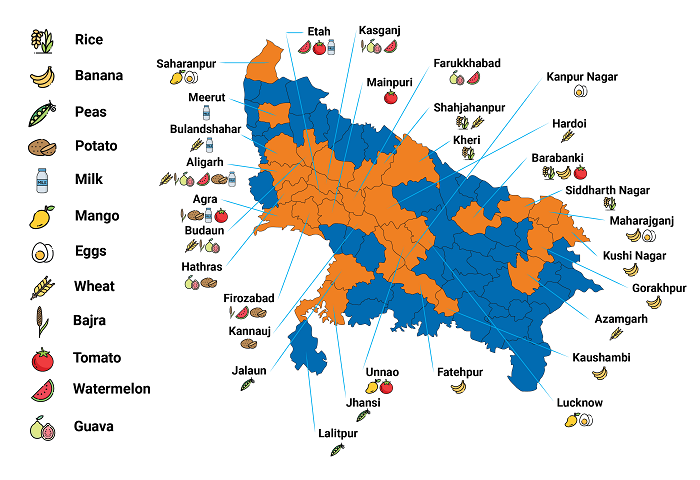 West Bengal is surrounded by Bangladesh in the east; Nepal and Bhutan in the north; and the Bay of Bengal in the south and borders the 5 Indian states of Odisha, Jharkhand, Bihar, Sikkim, and Assam. The state is strategically located. It is the gateway to North-East India and a port entry, not only to the landlocked states of Central India but also the land locked countries of Nepal and Bhutan. It is a major hub on the important trade route to South East Asia and ASEAN countries West Bengal is India’s sixth-largest state in terms of economic size.West Bengal is the largest producer of rice in India.

West Bengal is a predominantly agrarian state with agriculture contributing 18.8% to the state’s GSDP in 2014-15.

It is one of the major producers of food in India having a strong agri -horticultural resource base for a thriving food processing industry. The state is abundant in perennial rivers and large water bodies and coastal areas which is suitable for pisciculture and marine fish production 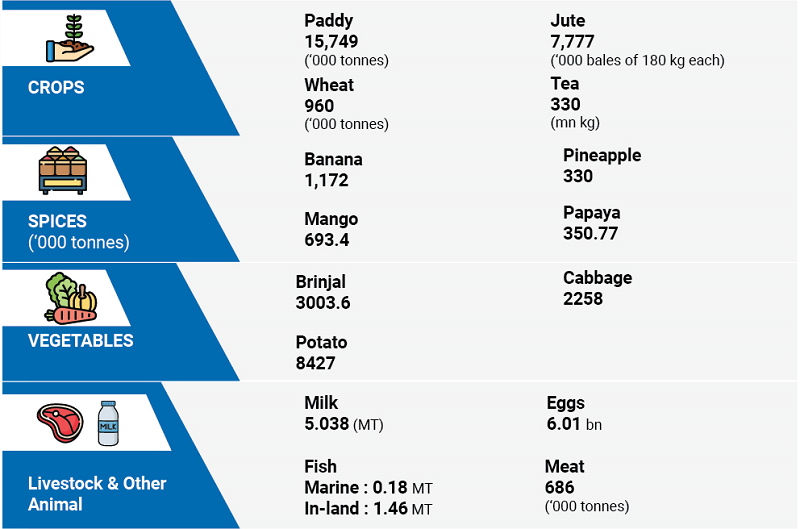 Paddy, Wheat, and jute are the major crops produced in West Bengal. The state is a major producer of fruits (such as Mango, Pineapple, Litchi, Mandarin Orange, and Guava) and vegetables (such as Tomato, Cabbage, Cauliflower, Brinjal, Cucurbits, and Okra). Major spices produced are Ginger, Chilli, Turmeric, Garlic, and Coriander. The state also has a large and vibrant livestock population significantly contributing towards the production of Milk, Eggs, Fish, and Meat

As per the Annual Survey of Industries- 2014-15, there are 1,808 registered food processing units in the state. Krishak Bazars are being set up in each of the 341 blocks.