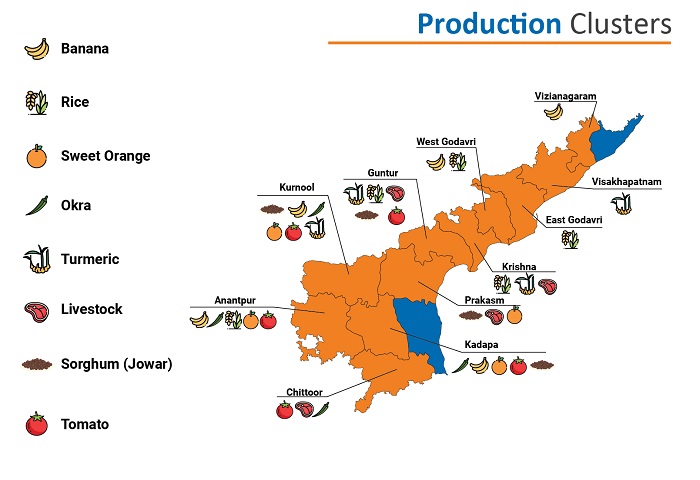 Andhra  Pradesh is strategically located on the  Southeast coast of  India and is a  natural gateway to  East  &  Southeast  Asia.  The state has a population of 4.93 crores (as per population census - 2011), accounting for 4%  of the country’s population,  residing in  4.9%  of the country’s geographical area.  Andhra  Pradesh has abundant natural resources  (barytes, limestone, bauxite, and a number of minor minerals),  fertile land and river basins,  water resources, an extensive canal system, and conducive agroclimatic conditions.  The  State has the second-longest coastline in  India and is also one of the largest producers of marine products.
Andhra  Pradesh,  over the years,  has established a  strong presence in agro and food processing,  textiles,  chemicals  &  petrochemicals, pharmaceuticals,  metallurgy,  electronics, and electrical engineering sectors. 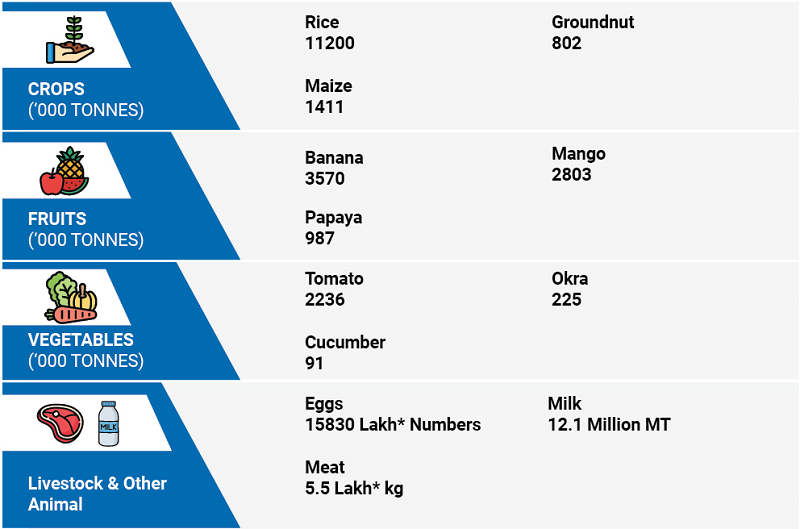 Andhra Pradesh has the following marketing facilities in the state: