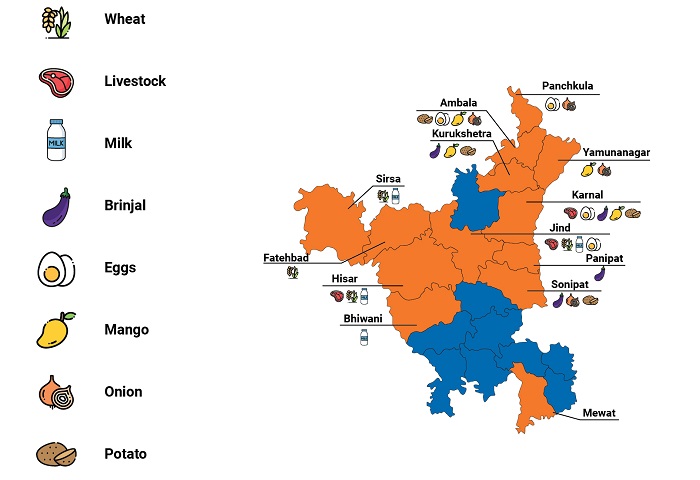 Haryana ranks 21st in terms of area and 18th in terms of population when compared to other Indian states in the country. The state has 21 administrative districts with the union territory of Chandigarh as its capital, which is also the administrative capital of the state of Punjab. The state surrounds the national capital city, New Delhi, from three sides with around 40% of the National Capital Region (NCR) falling in Haryana. Haryana is one of the leading states in terms of industrial production, especially passenger cars, two-wheelers, mobile cranes, and tractors. Haryana is the second-largest contributor of food grains to India’s central pool and accounts for more than 60% of the export of Basmati rice in the country.

Haryana is primarily an agricultural state. About 65% of the population resides in rural areas and is engaged in agriculture, which is the leading occupation for the residents of the state. Haryana is also one of the most economically developed regions in South Asia and its agricultural and manufacturing industry has experienced sustained growth since the 1970s.

The key production statistics for the state (the year 2015-16) are presented as below:

Haryana has the following marketing facilities in the state: