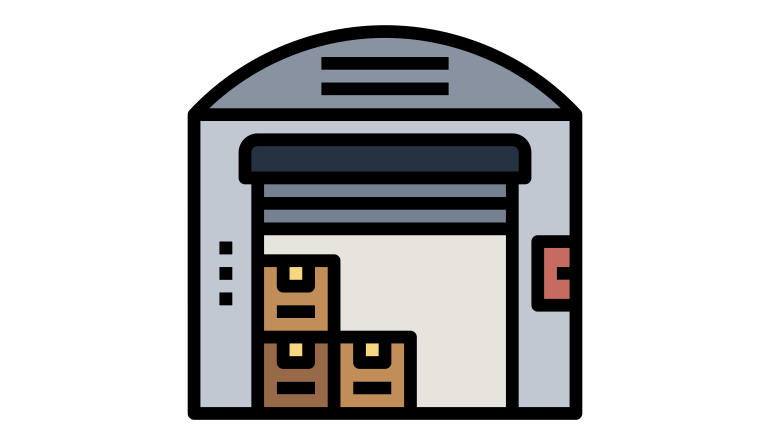 The problem of wastage of food grains in a country like India where 22% of Indians fall below the official poverty line is nothing but a criminal. Even with less than 60% crop yield, the storage capacity in the country is woefully short. As in June 2011, FCI was holding 65.5 million MT of wheat and rice against the buffer and strategic norms of 31.94 million MT of food grains. This is against the backdrop of increased production of principal food grains to 263.2 million MT in 2013-14, an increase of 23.5% during the decade.

The high wastage and value loss are due to lack of storage infrastructure at the farm level. As per estimates available, the storage gap in warehousing capacity in the next 5 to 10 years is around 35 million MT. There is, therefore, a need for not only sufficient modern warehousing capacity but also ensuring scientific storage methodology to be followed in the storage facilities existing.

There are many methods of storage that have been practised traditionally by farmers.

On-farm storage: Farmers often have to store much of their surplus on the farm itself over several months. For this, the farmers construct traditional granaries, often entirely out of locally available material. In other regions, clay jars or silos are built. In some countries, the practice of underground storage is also followed. In some cases, these storage containers are also treated by coating or sprinkling them with certain plant extracts that help ward off pests.

Warehouse Storage: A warehouse is a place where large amounts of grain or agricultural produce can be stored; and such warehouses are generally owned and operated by agriculture produce marketing corporations. To store sufficient quantities for future use, additional storage infrastructure needs to be developed. Warehouse services require high upfront capital expenditure, a longer gestation period and have issues of increasing land acquisition cost and labour shortages.  In many countries, warehouse storage facilities are government-owned, but currently private participation is being invited, in order to allow for other players also to meet the objective of food security.

India holds the second-largest agricultural land in the world with approximately 179.9 million hectares under cultivation. The country has emerged as a major player in agriculture in the global scenario. Agriculture accounts for 14% of GDP and 11% of India’s total exports. In FY 2013, total foodgrains production in India reached an all-time high of 263.3 million tonnes (MT).Rice and wheat production stood at 105.3 MT and 94.9 MT respectively. The government buys food grains from the farmers but does not have the space to store it. The food Corporation of India (FCI) has insufficient number of grain silos (modern storage facilities), and covered godowns with adequate storage capacities. Hence grains are stored in outdoors under CAP storage (Cover and Plinth) across the country. This makes grains prone to rodents, moisture, birds and pests. Unexpected rainstorms and weather makes matters worse.

Every year tonnes of food grains go waste because of inadequate storage and infrastructure facilities. The wastage of fruits and vegetables is even higher than grains. Therefore, food logistic chain in India needs huge investment in providing proper storage facilities. Storage infrastructure is necessary for carrying over the agricultural produce from production periods to the rest of the year and to prevent distress sales.

The warehousing capacity available in India, in public, cooperative and private sector is about 94.526 million MTs and as per Government’s estimates, additional 35 million MTs warehousing capacity is required during the 12th Five Year Plan period for the storage of all major crops. In the current year budget announced by the Finance Minister, an allocation of 5000 Cr INR has been made for Warehouse infrastructure Fund, keeping in view the urgent need for availability of scientific warehousing infrastructure.

Recently, private sector participation in Agriculture warehousing has also increased, making this segment more competitive but lots more needs to be done. The objective of this paper is to summarize the issues and challenges facing the agricultural warehousing, especially in the food grains storage facilities sector and attempt to find possible solutions

There would be roughly 33 per cent more mouths to feed by the year 2050 according to FAO. But even with the current food production levels, it is impossible to continue to produce ever-increasing amounts of food to feed this burgeoning global population. This scenario is compounded by the fact that while people need a regular and sustainable supply of food through the year, crops grow only seasonally. These two situations underscore our efforts to achieve global food security. However, the mere production of food is not the only path to attaining food security. Reducing wastage through appropriate food preservation and storage solutions is critical too, as it ensures that the available food lasts over a longer period of time and is consumed beyond the area of production. This is where utilizing the right kind of food storage solutions makes all the difference.

Cold chain, Value addition and preservation infrastructure – The scheme was launched during 11th Plan to provide integrated and complete cold chain and preservation infrastructure facilities, without any break, from the farm gate to the consumer. Under the scheme the Ministry of Food Processing Industries extends financial assistance to project proposals received from public/ private organizations for integrated cold chain infrastructure development. Pre-cooling facilities at production sites, reefer vans, and mobile cooling units has been covered under the Integrated Cold Chain projects. Covers Horticulture produces apart from non-horticultural products such as meat &, fish, dairy etc. Value addition Centres including processing/ multi-line processing/ collection centres, etc. for horticulture including organic produce, marine, dairy, meat and poultry, etc. are included under the scheme