India generates about 350 million tonnes of agricultural waste every year 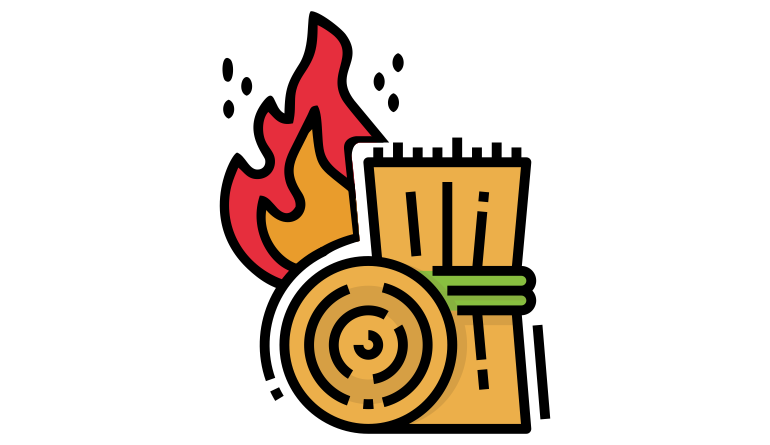 Agro-industrial wastes are used for manufacturing of biofuels, enzymes, vitamins, antioxidants, animal feed, antibiotics, and other chemicals through solid-state fermentation. A variety of microorganisms are used for the production of these valuable products through SSF processes.

Agricultural-based industries produced a vast amount of residues every year. If these residues are released to the environment without proper disposal procedure that may cause environmental pollution and harmful effect on human and animal health. Most of the agro-industrial wastes are untreated and underutilized, therefore in maximum reports, it disposed of either by burning, dumping or unplanned landfilling. These untreated wastes create different problems with climate change by increasing the number of greenhouse gases. Besides this, the use of fossil fuels also contributing to the effect on greenhouse gases (GHG) emission.

The growing demand for food in developing countries has led to a tremendous increase in food production around the world. Hence, agro-based activities represent profitable businesses, both in developing as well as developed countries. The multitude of agricultural activities increases the number of agro-products produced and this has led to an overall increase in environmental pollution and waste generation. The nature of the activities deployed, and the waste generated depends on the geographical and cultural factors of a country. Large stretches of wasteland have been converted to arable lands due to developments in water management systems, modern agro-technologies and large-scale agrochemical deployment.

Presently in India, about 960 million tonnes of solid waste is being generated annually as by-products during industrial, mining, municipal, agricultural and other processes. Of this 350 million tonnes are organic wastes from agricultural sources; 290 million tonnes are an inorganic waste of industrial and mining sectors and 4.5 million tonnes are hazardous in nature. Advances in solid waste management resulted in alternative construction materials as a substitute for traditional materials like bricks, blocks, tiles, aggregates, ceramics, cement, lime, soil, timber and paint. To safeguard the environment, efforts are being made for recycling different wastes and utilise them in value-added applications.

Even as India suffers from a serious level of hunger, here’s something that’s even more worrying: the country wastes a significant portion of its farm produce due to a weak cold chain infrastructure, with 16% of fruits and vegetables being wasted every year. Up to 10 per cent oilseeds, pulses and cereals grown in India are also completely wasted.

India ranks 103 among 119 countries in the Global Hunger Index (GHI) 2018, sharing the rank with Nigeria. Inadequate food supply is one of the three major parameters in calculating GHI. The report suggests that India suffers from a level of hunger that is serious. A quarter of malnourished throughout the world hail from India and a food wastage food of this magnitude does not make the situation any better.

Agro-industrial wastes or residues are rich in nutrient composition and bioactive compounds. Such wastes comprise variability in composition such as sugars, minerals, and proteins; consequently, they should be considered as “raw material” instead of “wastes” for other industrial processes. The occurrence of such nutrients in these residues offers suitable conditions for the prolific growth of microorganisms. The microorganisms have potential to reuse the waste as raw materials for their growth through fermentation processes. The agro-industrial wastes can be used as solid support in SSF processes for the production of a range of significant beneficial compounds. The use of agricultural and agro-based-industry wastes as raw materials can help to reduce the production cost and contributed in recycling of waste as well to make the environment eco-friendly.

Indian farmers are turning garbage into gold. The husks, weeds and other agricultural waste they thought were useless are being converted into sustainable, non-polluting and cheap energy that is lighting up villages and irrevocably changing lives.

In July, the federal Ministry of Non-Conventional Energy Sources announced a new project that would use biomass or organic waste to meet all the energy needs of about 25,000 remote villages unreachable by the national power grid. The agricultural waste sector can benefit immensely from some of the examples from other waste sectors such as the municipal solid waste (MSW) and wastewater management where collection, segregation, recycling and disposal are institutionalized to secure an operational system. Active stakeholder involvement including education and empowerment of farmers along with technical solutions and product manufacturing can also assist tremendously.

India, the second-largest agro-based economy with year-round crop cultivation, generates a large amount of agricultural waste, including crop residues. In the absence of adequate sustainable management practices, approximately 92 seems a very small number of metric tons of crop waste is burned every year in India, causing excessive particulate matter emissions and air pollution. Crop residue burning has become a major environmental problem causing health issues as well as contributing to global warming. Composting, biochar production and mechanization are a few effective sustainable techniques that can help to curtail the issue while retaining the nutrients present in the crop residue in the soil. The government of India has attempted to curtail this problem, through numerous measures and campaigns designed to promote sustainable management methods such as converting crop residue into energy.

However, the alarming rise of air pollution levels caused by crop residue burning in the city of Delhi and other northern areas in India observed in recent years, especially in and after the year of 2015, suggest that the issues are not yet under control. The solution to crop residue burning lies in the effective implementation of sustainable management practices with Government interventions and policies.

1. Initiative towards Biogas Plants: Biogas plants are a progressive step taken by the Government of India to curb crop burning and to prevent pollution. Large scale industrial biogas plants generate 5000 m3 of biogas per day. Nearly 400 off-grid biogas power plants have been set up with a power generation capacity of 5.5 MW. Currently, there are 56 biogas-based power plants operational in India, the majority of them are in the states of Maharashtra, Kerala and Karnataka [59]. Small family type biogas plants have also been introduced in the rural areas, which can generate 1 to 10 m3 biogas per day. Nearly five million family biogas plants have been installed by MNRE under the biogas development program.

2. National Schemes and Policies: The Government of India recently directed the National Thermal Power Corporation (NTPC) to mix crop residue pellets (nearly 10%) with coal for power generation. The Rashtriya Krishi Vikas Yogna (RKVY), State Plan Scheme of Additional Central Assistance launched in August 2007 is a government initiative, as a part of the 11th Five Year Plan by the Government of India.

In addition to above, the Ministry of Agriculture of India recently developed a National Policy for Management of Crop Residue (NPMCR).